This plant originates from North America and is generally used to treat prostatic hypertrophy, especially at an early stage and in men above 40. Saw palmetto can be useful for men suffering from Benign prostatic hyperplasia (BPH). Further benefits (including improvement of the menstrual cycle in women or better urinary functions in men) were only revealed lately. 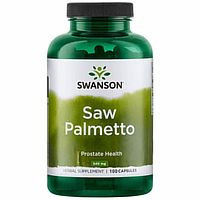 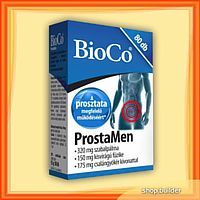 Saw palmetto can be found mostly in North America. The berries of the plant can be used in tea or extract format.

Why athletes use saw palmetto

Although it is primarily used in men above 40 to preserve prostate health (which is an important health factor), it can also be useful for men who take testosterone boosters (to increase muscle mass) to avoid problems in the future.

Based on studies, saw palmetto may be useful in the treatment of the following symptoms:

Saw palmetto is a medicinal herb that is used primarily in men above 40 to improve prostate health or in the treatment of prostatic hypertrophy, especially at an early stage. Furthermore, the berries of the plant can be successfully used to treat other complications related to the urinary tract or the reproductive organs.

Saw palmetto is particularly useful in the treatment of Benign prostatic hyperplasia (BPH), which affects about 50-60% of men between 40 and 59. Although saw palmetto won’t restore the original size of the prostate, it can diminish BPH symptoms including increased frequency of urination at night, difficulty starting urination, weak urine stream or a stream that stops and starts, dribbling at the end of urination or low libido. If the amount of testosterone in the prostate is higher than usual, it can apparently lead to prostatic hypertrophy. Studies have revealed that saw palmetto can help regulate extra testosterone and, as a result, prevent prostatic hypertrophy. It can also help at controlling the bladder by improving the urine stream and reducing the sense of tension.

Can it shift testosterone and estrogen levels?

Some athletes, especially bodybuilders are interested in the anti-estrogenic properties of saw palmetto. Since saw palmetto can block estrogen, some believe that the balance between testosterone and estrogen can be shifted towards testosterone, thus supporting muscle gains. But unfortunately, studies imply this doesn’t work like that in reality, because saw palmetto does not only block estrogen but testosterone as well, neutralizing any potential benefits which may arise from blocking estrogen.

Nevertheless, saw palmetto can still be useful for athletes who use testosterone boosters like DHEA or androstenedione to preserve prostate health now and in the future. Saw palmetto acts by blocking dihydrotestosterone, a male hormone which can cause prostatic hypertrophy if produced in excess amounts.

Warning
This might tempt you to simply buy a bottle of saw palmetto berry extract if you happen to have any of the above symptoms. However, you better consult your physician and undergo a general examination including a prostate-specific antigen (PSA) test. Prostatic hypertrophy can lead to BPH or even prostate cancer. So, you better take it seriously. Other than skin cancer, prostate cancer is the most common cancer in American men. The American Cancer Society’s estimates for prostate cancer in the United States for 2016 are: about 180,890 new cases of prostate cancer and about 26,120 deaths from prostate cancer.

Saw palmetto is also considered to tone up and rebuild tissues, especially in the prostate and the urinary tract. In the past it was also considered a sexual stimulant and was used by both men and women to enhance libido and sexual energy, probably because of the above-mentioned toning effect.

Not for men only!

Although saw palmetto is recommended mostly for men past a certain age, women can also benefit from it. It can facilitate the production of certain female hormones, which can lead to increased breast size and breast milk production for breastfeeding mothers. It is also used for diminishing menstruation pains, regulating the menstrual cycle and treating pelvic inflammatory disease, also as a result of the toning effect in the reproductive organs. Plus, it even facilitates ovulation, thus reducing infertility.

Studies have also shown that saw palmetto may also be useful in the treatment of hypothyroidism.

Based on studies, saw palmetto can also be useful for sufferers of thoracic congestion. It works as a natural “cough syrup” by helping break up and remove excess mucus from the lungs. Many experts recommend saw palmetto to prevent the accumulation of mucus, which is a common symptom of coughs, asthma or bronchitis.

In history, saw palmetto has been used in the treatment of sexual dysfunction or problems of the urinary tract. It is mostly known for its benefits on prostate health in men above 40, which often outshines the benefits for women including its pain killing effect or the regulation of the menstrual cycle. Once women discover this herb has a lot of benefits with low risk, they will appreciate it better than just a simple prostate medicine.

5-6 milliliters of liquid extract (of the whole plant) can also be used daily. Or, you can brew saw palmetto tea of 5-6 grams of dried and ground berries.

Extracts with 85-95% fatty acid and sterol content are recommended.

Split your daily dose into two portions a day. To ensure optimal absorption, take it with meals.

In some isolated cases it may cause stomach problems.

Not recommended for children.
Consult with your physician about possible interactions if you use a prescription drug.