Magnesium can help in the prevention and treatment of heart attack and arrhythmia. It can increase the energy supply of the cardiac muscle.

Researchers of hypertension noted that less people suffer from high blood pressure in the areas where water is "hard”; that is, rich in magnesium. Since then, a whole series of studies have proved the antihypertensive effect of magnesium.

Treatment of spasms and injuries

Being essential to muscle relaxation, it can relieve spasms and accelerate the healing of sports injuries (such as muscle twitching).

The magnesium requirement of athletes is higher than that of an average person, and inadequate replenishment can be at the expense of regeneration and performance. This is especially true for bodybuilders, as increased protein intake further increases the need. 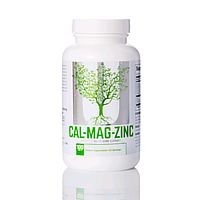 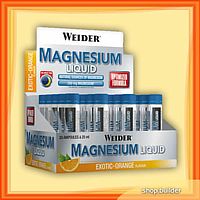 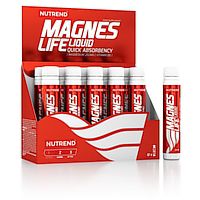 Of the minerals belonging to macroelements, magnesium can be found in the body in the smallest amount. An average adult body contains only about 25-30 grams of magnesium, 50-60% of which is in the bones. After potassium, magnesium provides the most intracellular cations, while extracellularly it has only 1% of the total.
Despite the small amount, there is a lot to read about magnesium, as it is one of the most "advertised" minerals. There are two reasons for this: firstly, it is incredibly versatile, essential for any serious biological process – it contributes to energy production, to the synthesis of nucleic acids and proteins, to the functioning of the nervous system and of the muscles, to the buildup of teeth and bones; and secondly, due to stress or intense physical work, it is quickly eliminated, so without adequate replacement, deficiency may soon occur. The fact that many people suffer from mineral deficiency in the developed countries is partly due to the fact that processed foods, which nowadays make up a major part of people's nutrition, contain very little magnesium. The symptoms of magnesium deficiency are not only important because of their recognition, but also show the major therapeutic benefits of magnesium. Magnesium deficiency has many symptoms both in the short and in the long run. It may cause arrhythmia, fatigue, muscle spasms, disfunction in the cognitive and coordinating abilities, weakness, nausea, vomiting, diarrhea, nervousness, tremor, hypokalemia and hypocalcaemia, hypertension or cerebral and coronary artery disease.
In the long run, deficiency increases the chances of heart diseases and diabetes. Diabetics, alcoholics, dieters, people under serious stress or heavy physical activity (including athletes) are particularly exposed to magnesium deficiency. This is especially true for bodybuilders and other heavy athletes who consume extreme amounts of proteins, which increases magnesium demand.

The symptoms of deficiency show the main beneficial effects and the potential uses of magnesium as a dietary supplement. According to some research, magnesium consumption plays a huge role in preventing heart diseases. This is especially true of cardiac arrhythmia, where magnesium not only has a preventive role and can not only cure arrhythmia rooting from deficiency, but it can also help certain arrhythmia at normal magnesium level. In addition, it appears to have a major role both in preventing heart attack and in supporting post-infarction. As a cofactor involved in many intercellular enzymatic processes, it is essential for cellular energy production. Similarly to Q-10 coenzyme, magnesium can also have a positive effect on the energy supply of the heart. Although the mechanism by which the beneficial effects on the heart are exerted are not explained, it seems likely that the calcium antagonist feature of magnesium has a role in it. Calcium and magnesium work closely together in the body, controlling each other in many processes. For this reason, it is important to take them together as dietary supplements, at a ratio of 2: 1, in favour of calcium.

In addition to its positive effects on the heart, magnesium can also reduce hypertension. In case of high blood pressure, it is worth experimenting with shifting the intake ratio of minerals: while reducing the consumption of sodium, that of potassium and magnesium should be significantly increased.
Magnesium has many other beneficial effects, too. It appears to have a blood sugar regulator role in the body, its deficiency can lead to diabetes at an older age. As a dietary supplement, it may be helpful for such (type 2) diabetes, and can help prevent diabetes complications. Other benefits include protection against severe asthma attacks by expanding the airways. Since magnesium is a very important building block of the bones, it can also help in the prevention and treatment of osteoporosis.

Of course, this mineral is used for sports purposes, as well. First of all, magnesium is essential for muscle relaxation, which can relieve muscle spasms or help with muscle injuries. Studies on its antispasmodic effect are contradictory, but it seems to be the most effective mineral in this area, and it is definitely worth trying it out.

However, besides treating injuries and spasms, magnesium has a more important role in sports, as it is believed to have a performance-enhancing effect. In a study, subjects received approximately 7.5 mg/kg of body weight of magnesium, and reached a significant increase in both strength and body weight compared to the control group. However, there are studies that could not confirm the performance-enhancing or anabolic effects of magnesium. Thus, the most accepted view is that athletes have higher magnesium requirement, so the easily evolving deficiency may reduce their performance - in this case, replacement produces drastic results, while normally it does not influence performance or body weight. Magnesium is especially important for body builders, because the body's magnesium requirement increases because of the workouts and also of extreme protein intake, so its consumption is definitely recommended. Due to the prevention of deficiency and the anti-stress effect of magnesium, you can help your body regenerate. For bodybuilders and other heavy athletes, the daily intake of 500 to 1000 mg of magnesium is recommended. It is a popular supplement sold together with zinc (as ZMA), the effects different that of the preparations containing exclusively magnesium can be found in the ZMA article.

Why it is worth using

How to use it

The daily magnesium requirement of an adult man is about 400 mg, while in case of an adult woman, it is around 320 mg, which can be raised by pregnancy or lactation. For bodybuilders, 500-1000 mg of daily magnesium supplement is recommended. A similar amount is recommended for relieving and preventing asthma, hypertension and arrhythmia. It is recommended to be taken during meals. The price of magnesium products may be deceptive, huge differences are not coincidence. It is important to know that magnesium oxide is hardly absorbed, so you may want to buy a combined product or a well-absorbing salt, such as magnesium citrate or magnesium orotate. Besides magnesium, it is also worth taking calcium - twice the amount of magnesium.

Outstanding sources of magnesium are seaweed (760mg/100g), wheat bran (490), wheat germ (336), almond (270) and cashews (267). In general, oil seeds are rich in magnesium, and in addition, grains (including whole wheat flour made from them), legumes, dark green leafy vegetables and brassicaceae contain a significant amount of magnesium. Soy (88) is also an excellent source of magnesium.

Warnings and possible side effects

In the 17th century, magnesium was in the focus of attention due to the oddities of a wellspring in England's Epsom. Animals did not want to drink from the water because of its bitter taste; however, locals believed that it has a healing power in case of rashes and abrasions. The news of "Epsom salt”, which was actually magnesium sulfate, spread soon. Later, in 1755, Black discovered magnesium as a separate element, and in 1808, the material was first isolated by Davy, by electrolysis. It was first named magnium, because at that time, the word “magnesium” was also used for manganese (quite precisely the manganese oxide was called "magnesium nigra" because it was black, while magnesium carbonate was "magnesium alba", so the two materials were considered to be each other’s alternatives, hence the name still similar to these days, referring to Magnesia found in ancient Greece.)

I'm taking Clenbuterol and I regularly have spasms in my legs, especially at night. Can magnesium help?
The antispasmodic effect of magnesium was tested on humans susceptible to night spasms, and most of the experiments showed that magnesium interspaces spasms. Take lots of liquids and make sure you pay attention to the intake of minerals: 1000 mg of calcium, 500 mg of magnesium, and 1 to 2 grams of potassium (in the form of a retard) per day can be of great help.