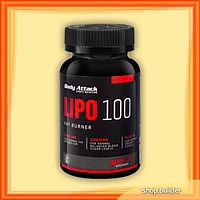 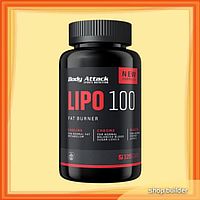 Coleus forskohlii is an ancient Ayurvedic herb that belongs to the family of mints and lavenders; it is native to the mountains of Asia. Recent studies have shown that forskolin, the active ingredient of coleus has an important role in several cellular functions, including the inhibition of histamine production, the relaxation of muscles, the stimulation of thyroid function and the enhancement of fat burning. Although researchers still try to confirm the beneficial effects of coleus, its potential fat burning effect is already well known.

Coleus forskohlii is a wild herb native to the mountain slopes of Nepal, India and Thailand; it belongs to the Lamiaceae family. It is a decorative perennial plant that can be found worldwide as an ornamental plant. Its root is used for medical purposes.

The raw material of many Coleus forskohlii products comes from companies like Sabinsa, who protect their products by patents.

Important: Be cautious. The active ingredient content of raw root powder is often only 0.2-0.3%. Look for extracts containing minimum 10-20% forskolin.

Its impact on enhancing performance

Why athletes use coleus

It isn't hard to figure out why athletes were so rapturous about Coleus forskohlii initially; the temptation of fat burning effect and the more efficient prevention of muscle cramps made this plant so interesting for them. It became, of course, popular in academic cycles as well as among everyday people due to its potential impact on fat burning. And if allergy or heart complaints constitutes a risk factor for you then you are lucky: according to the studies this plant may help you.

How it enhances muscle mass gain and regeneration:

How it enhances fat loss

It hasn’t got any known deficiency symptom.

Based on studies, Coleus forskohlii may be useful in the treatment of the following symptoms:

Although researchers still try to confirm the beneficial effects of coleus, its potential fat burning effect is already well known. Though as yet not everybody knows the coleus, based on a few promising studies though at an early stage it can be concluded that it may indicate a good progress on the way to have efficient fat burners without any side effect.

A short summary on the facts... One of the premises of its use as a fat burning substance is that its active ingredient, forskolin induces a serial of chemical reactions resulting in the loss of energy and melting of fat cells. To be more specific, forskolin stimulates the production of the adenylate cyclase enzyme, which increases the level of another enzyme, cAMP (cyclic AMP) found in fat tissue. Then cAMP stimulates another enzyme, the hormone-sensitive lipase, which plays a role in fat burning. Furthermore, through a similar reaction it stimulates thyroid hormone production, and by that it accelerates metabolism to enable the body to burn even more calories.

Forskolin stimulates an ephedrine-like cascade of reactions. The difference between them is that ephedrine stimulates adrenergic receptors (this is the primary effect of ephedrine though this is not that mechanism which is responsible for fat burning) before it stimulates cAMP. Unfortunately, many negative side effects can be experienced when some of these adrenergic receptors are stimulated, such as increased blood pressure, anxiety, etc. (This is basically why athletes using ephedrine-based supplements often experience unwanted and sometimes dangerous side effects.)

To the coleus user's advantage, however, coleus bypasses the adrenergic receptors and goes straight into the cAMP cycle, which is the next step in the ephedrine fat-burning process and subsequently also bypasses all of the potential unwanted, adverse effects associated with ephedrine. Simply stated, this is like having the option of two journeys driving to work: both will get you to the identical spot, and both will take the same amount of time, but one route (coleus) is a calm country drive with no traffic, whereas the other route (ephedrine) is a busy high-speed motorway with perils and hazards with every lane change... we know which route we prefer!

What the studies say

Scientists have studied the effects of coleus for over 15 years and have found an abundance of benefits, including body fat reduction and lean body mass enhancement. However, scientists are only now beginning to understand how these effects occur in the real world. While more research is indeed needed (as is the case for many supplements), these theories and initial clinical studies adequately support its claimed benefits. Still, there is apparently some even more exciting research on the horizon.

Dr. Richard Kreider, one of the most prominent specialists of sport supplements, had an interesting presentation called "Ephedra Alternatives" at Nutracon in Anaheim. Here he touched on a range of speculative but promising nutrients, one of them being coleus. Dr. Kreider stated that initial pilot studies suggest Coleus forskholii may promote weight and fat loss and/or mitigate weight gain in overweight subjects.

He also presented data at the 2002 Experimental Biology meeting of his own recently conducted study on coleus. In a double-blind, randomized study, 23 overweight females supplemented their diets with ForsLean (a patented form of coleus) extracted for 25 mg of forskolin two times per day for 12 weeks. The participants' body composition and bodyweight were examined every four weeks for the 12-week period, and any side effects were recorded on a weekly basis. The study results found that although no significant differences were observed in caloric or macronutrient intake, ForsLean helped mitigate gains in body mass—that is, subjects taking ForsLean observed a slight decrease in bodyweight while subjects taking the placebo continued to gain weight. Additionally, the study showed users felt less fatigue, so they had more energy. And their appetites were reduced, so they felt fuller for longer. There were no reported negative side effects.

Asthma and “other” diseases

Hoechst Pharmaceuticals in collaboration with the Indian Central Drug Research Institute started to study this herb in 1974 and found that the rootstock helped to relieve asthma symptoms by increasing cAMP (it is essential for many cellular functions) Asthma medications are able to relieve peribronchial muscle spasm due to cyclic AMP (cAMP).

Forskolin even controls the production of histamine and other inflammatory chemicals (e.g. platelet aggregation - PAF); that is why it works against asthma, eczema and other allergic reactions.

In addition, forskolin relaxes smooth muscles (heart, lungs); another reason, why it works against asthma as well as against menstrual period cramps, angina, irritable bowel syndrome, urinary tract infections and hypertension. It may help in psoriasis, since this painful disease is related to the cAMP in skin cells. The cAMP level increased by forskolin dilate blood vessels and stimulated thyroid hormone production.

There are evidences showing the benefits of forskolin in cardiac problems; it also relieves the corresponding symptoms, like: hypertension or muscle cramps. However studies are still limited in this area.

The data on its fat burning effect are very promising and it seems that academic circles are increasingly recognizing them. So, this is not “prime time” yet but it seems to be an effective tool in supporting fat burning and maintaining the ideal weight.

A common dosage range is 50 to 100 mg two or three times a day. An extract standardized to 10% to 20% forskolin is preferred.

Fluid extracts of 2 to 4 milliliters taken three times per day are used as well.

Relevant studies are not available, nevertheless adverse reactions have not been reported yet.

It is not recommended during pregnancy and lactation.

Avoid its use in case of serious liver or kidney problem until further studies on safety are available.

It is not recommended in case of gastric ulcer since it increases stomach acid levels.

Direct eye contact should be avoided since it may cause tearing, burning and itching.

Astrup, A., "The Effect and Safety of an Ephedrine/Caffeine Compound Compared to Ephedrine, Caffeine and Placebo in Obese Subjects on an Energy Restricted Diet. A Double Blind Trial," Int J Obes Relat Metab Disord 16.4 (1992) : 269-77.

Majeed, M., et al., "Method of Preparing a Forskohlin Composition from Forskohlin Extract and Use of Forskohlin for Promoting Lean Body Mass and Treating Mood Disorders," US Patent No. 5,804,596, Sept. 8, 1998.